“A grown up is a child with layers on.”  Woody Harrelson perfectly, if not so elegantly, sums up my father’s palate proclivities with this quote.  When contemplating his favorite foods, I like to imagine what a five-year-old might enjoy: Cheerios, hamburgers, french fries, spaghetti, soda, chips, and cookies.  No fruit, no salad.  Quelle horreur!!

Over the weekend, I invited my dad over for dinner.  I wanted to make something that he would enjoy, that was also blog-worthy.  I like a simple steak and corn on the cob as much as the next girl, but no one wants to read about how to make something so standard.  I decided that the dessert would be the only portion of the meal that would provide something photographable. My dad’s favorite cake is chocolate with white frosting.  While that’s not particularly novel, I upped the ante by layering the cake and using a vanilla buttercream in lieu of regular icing.  I toyed with the idea of making the cake from scratch using this recipe, but figured that it would go unappreciated and opted for boxed cake mix.  Substituting most of the water for brandy and sprinkling espresso powder into the batter left little trace of packaged flavor. 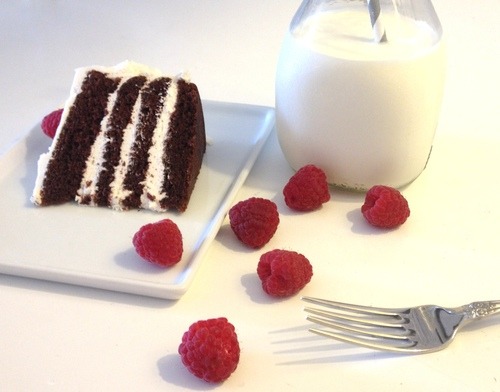 When it came time to layer the cake, I realized that this was not something I had any clue how to perform…  Typically, I consider it a victory if I manage to grease the pan and let it cool long enough to remove the cake in one piece.  Doing all of that AND cutting the cake into even layers was going to be a bit of a challenge.

I took a deep breath, pulled out the largest knife that I own – an 8-inch serrated bread knife, and hoped for the best.  To my great surprise, this worked beautifully, and in a matter of seconds I had four (relatively) perfect layers.

The dinner was a success – my dad loved the cake, except for the raspberries, which he made a face at and promptly removed.  Sigh.  xx tt 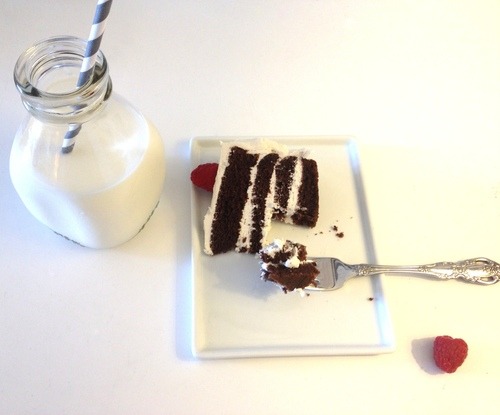 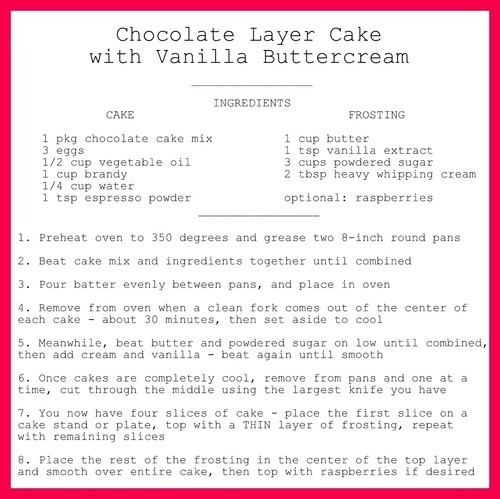 t+tSTYLE: While we’re talking about layer cake, the treat takes on an entirely different meaning in the form tiered ruffles attached to this deliciously titled bikini.  Flattering whether or not your cups runneth over, you won’t regret snapping one up for your summer vacation. 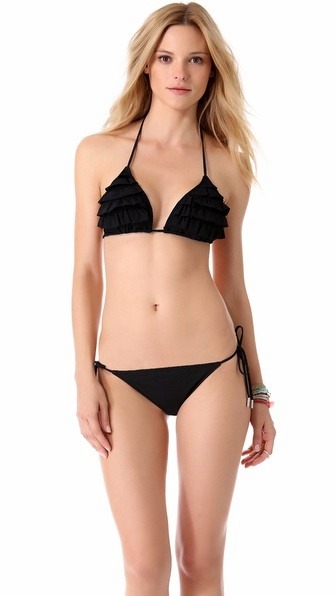