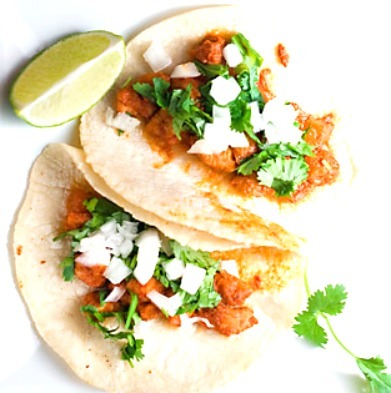 My friend Catherine is obsessed with all things “glossy” (definition: to be or make glamorous).  She glosses herself pre-dates, glosses her apartment with the latest Jonathan Adler, throws glossy parties, and has glossy friends.  So when Cat asked me to come over and make something in her “glossy crockpot” I was intrigued.  What crockpot on earth can be described as glossy?  And more importantly, what does one make in a crockpot that tastes glossy?

After mulling it over, I decided that al pastor tacos fit the bill.  Al pastor is unusual because it is both spicy and sweet – a personal favorite combination.  The mixture of chilies, pineapple, beer, and pork is nearly impossible to resist, and smells incredible while cooking for eight hours.  Traditionally, al pastor meat is roasted on a vertical spit, but because the dish calls for a heavy liquid marinade it translates well into a crockpot recipe. It turns out that Cat is right – her crock pot is glossy.  Apparently when you trade plastic for stainless steel, a dial for a digital screen, and rename it “slow cooker,” a crockpot reaches new heights of aesthetic splendor.  (And triples in price).

I’d like to tell you that the tacos were the most delicious I’ve ever tasted.  Unfortunately, I never got the chance to try them (though I hear that they were superb)…  Catherine freely admits that she isn’t the world’s most accomplished cook.  Knowing this, her sole task for the day was to slice avocados for the taco topping.  Evidently, this task was too advanced for my petit sous chef, as she sliced through the avocado and into her hand.  One emergency room trip and four stitches later, Cat emerged from the hospital with a not-so-glossy arm sling. 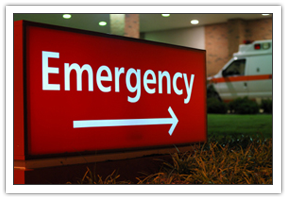 With Super Bowl Sunday on the horizon, I highly recommend making these tacos for your friends and family.  And don’t worry – I omitted avocado from the recipe…  xx tt ·  Turn on slow-cooker/crock pot to LOW if you want to cook it for 8-hours, or HIGH if you only have 4-hours

·  Salt and pepper the pork

·  Chop pineapple, onion, and garlic – place in a Cuisinart/blender or a large bowl if you are using an immersion blender

·  Boil water in a medium pot

·  Put dried chilies into the boiling water, cover, and turn off the heat

·  Let soak for a few minutes

·  Remove from water, and cut off the stems, remove the seeds

·  Once the meat is falling apart, scoop it out of the slow cooker onto a baking sheet

·  Set over to Broil

·  Broil meat for 3-10 minutes depending in desired crispiness (totally up to you, but keep an eye on it)

·  Remove from oven, and serve with the following accoutrements: corn tortillas, diced white onion, chopped cilantro, avocado, your favorite hot sauce (this is mine)! 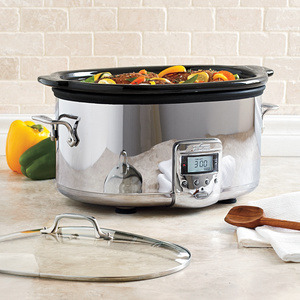 t+tTUNES: pick up/download the best of the Material Girl in anticipation of her Super Bowl performance (the only thing that I am excited about post-49ers fail). 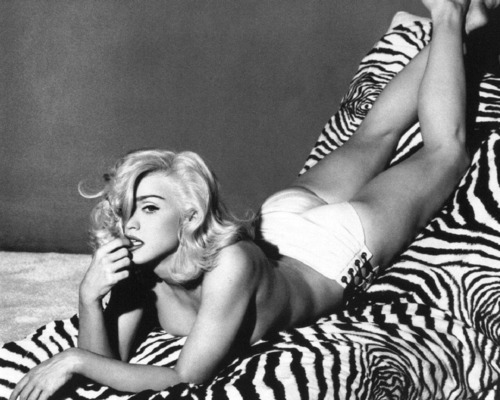