Operatic in her stateliness, intoxicating in her sexuality, and entrepreneurial in her politics, I have recently become utterly enthralled with Cleopatra.  My obsession began with Cleopatra: A Life, the latest from Pulitzer Prize winner Stacy Schiff.  The biography endeavors to dispel the myths surrounding the captivating Queen of the Nile.  Schiff’s version of the storied queen is more nuanced than Liz Taylor’s decadent portrayal, and more compelling than Shakespeare’s tragic depiction.  Tellingly, the author surmises that Cleopatra had as “great a capacity for work as for play and rarely distinguished between the two.”  A girl after my own heart. 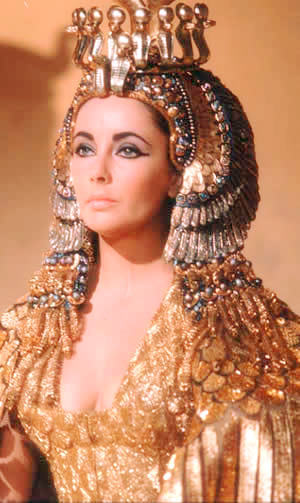 In perusing articles about my newly-anointed favorite, I came across tales of Cleopatra’s affinity for honey.  Under their famous femme, the Egyptians deemed honey the ultimate gift to proffer at the feet of the Gods.  So too did Cleo’s on-again off-again paramour, Caesar, consider the “liquid gold” a priceless commodity during his Roman reign.  And I’m sure its glittering metallic hue is no accident.

In order to pay my respects to the dulcet antiquity, while satisfying my hunger for all things Cleopatra, I concocted a recipe befitting the Queen: honey cinnamon ice cream.  The dessert is equal parts sweet and spicy, much like Cleopatra herself. The spicy cinnamon marries deliciously with the floral tones of the wild honey.  To complement the intensity, I employed a custard base, which provide a rich and velvety texture.  The resulting ice cream is scrumptious enough to satisfy even the most discerning of royal palates.  I suspect that the illustrious Queen herself would have relished a mischievous spoonful (or two) between milk baths and empire devastation.  xx tt 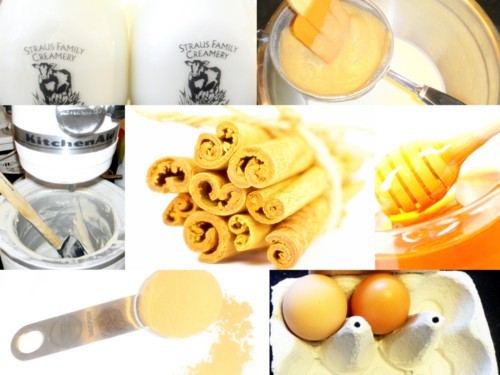 ·  1.5 cups Strauss Family Creamery half and half

·  Pour cream into a large bowl with a sieve on top

·  In a medium saucepan, bring half-and-half to a full simmer

·  Return the egg and cream mixture to the saucepan

·  Bring to a simmer over medium-low heat, stirring constantly until the custard thickens enough to coat a spoon 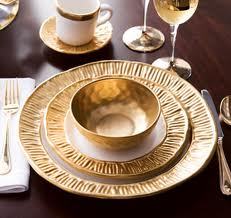 t+t HOLLYWOOD: Sony Pictures and David Fincher, of Social Network + Fight Club fame, are in talks to turn Schiff’s best-seller into a film starring Ms. Jolie-Pitt. Perhaps I’ll send her a pint of my Honey Cinnamon parfait to help her get into character…